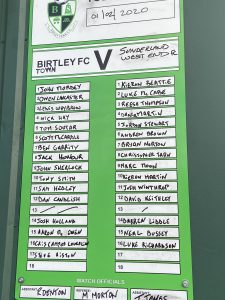 Birtley Town brushed aside 10-man Sunderland West End to pick up all three point at the Robinson’s Heating and Plumbing Stadium.

The away side had the first chance of the game when Bryan Norton cut inside with the ball, however his effort flew just wide of the post.

The turning point of the game came 23 minutes in, when Luke McCabe was given a straight red for a reckless challenge on Nick Hay.

The hosts took the lead 35 minutes in, when Jack Honour’s long range effort sent West End keeper Kieron Beattie the wrong way before finding the back of the net.

After a second half of few chances, the home side did eventually score their second, when Dan Candlish found space inside the area before placing the ball into the bottom corner.

Two minutes from time Birtley were awarded a penalty, as Josh Holland was brought down in the area by Christopher Tarn.

Tony Smith stepped up to take, however he could only direct his penalty well over the bar.

Birtley held on to secure all three points to keep them in 11th, whilst West End remain 17th. 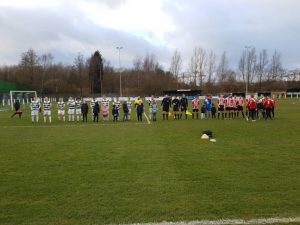