OUT OF THE FIRE 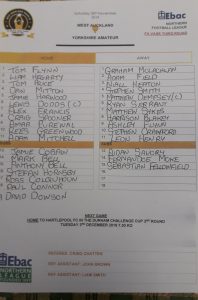 A couple of inspired substitutions by West manager Gary Forrest pulled this game out of the fire.

The clock was ticking and it looked as though West Auckland were heading out of the Vase. They 1-0 down and West were less than 10 minutes away from the final whistle, but they turned the game on its head in six dramatic minutes.

The equalised when substitute David Dowson got on the end of a perfectly delivered cross by Liam Hegarty to power a header past Amateurs keeper Graham McLachlan.  And in the 87th minute fellow substitute Anthony Bell set Dowson up who prodded the ball home to bag his second and seal the win.

Dowson had even more chances to add to his tally.  In the 89th minute he had a shot flash wide left and then in the first minute of added time he was one-on-one with McLachlan but missed the target.

West are in tomorrow’s draw but they were pushed all the way by a very competitive and competent Yorkshire Amateurs side who made the more promising start, with an Ashley Flynn cross flashing across the goal mouth in the opening minute.  Once West got going, it was Liam Hegarty who proved to be their biggest attacking threat, with a series of runs down the right.  In the 16th minute he cut back inside and had a shot that skimmed just over the bar.

In the 18th minute Rees Greenwood squandered a chance to open the scoring after Amar Purewal pulled the ball back to him from wide right, only for the No. 10 to send it well over the bar.  There were plenty of chances at both ends with Flynn trying to prod the ball past West keeper Tom Flynn who made an excellent diving save and then a couple of minutes later the No. 9 lost his footing to put the ball into the side netting.  Amateurs’ No. 10 Stephen Crawford had a particularly strong first half, with some intelligent runs and passes.

Despite all the scoring opportunities, it was still 0-0 at half time.

Amateurs had started the game well, but it was West who were on the front foot at the re-start.  In the 47th minute they had a decent shout for a penalty when Mitchell fell down in the box after being nudged by a defender and then Purewal couldn’t wrap his foot around the ball with a shot that went wide of the right post.

Against the run of play, Amateurs scored in the 53rd minute.  A long ball from the back found Stephen Smith in space close to the West box.  The No. 4 pulled it back to Flynn who struck it confidently into the right hand side of the goal.

West keeper Flynn kept his side in the game in the 57th minute when he got a hand to a shot by his namesake as the No. 9 tried to poke the ball past him.

At the other end, Purewal and Greenwood had several chances, but couldn’t find the target.  Dowson had his own scoring opportunity four minutes before his dramatic intervention.

West are through to the next round, but only just. 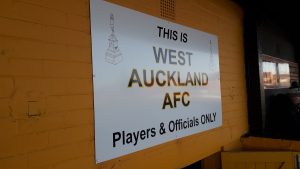 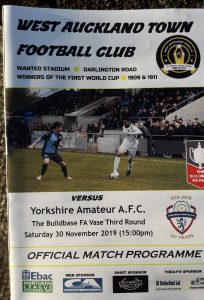