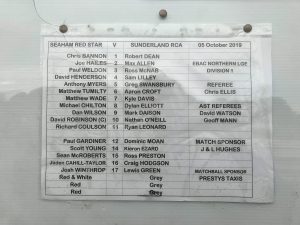 Seaham came back from two goals down at home to Sunderland RCA to pick up a point after Kyle Davis was sent off for the away side.

RCA took the lead nine minutes in when Ryan Leonard picked up the ball on the left, before he cut inside and curled his effort into the bottom corner.

The home side responded four minutes later when Dan Wilson forced a save out of Robert Dean, to keep RCA’s lead intact.

The visitors doubled their advantage 18 minutes in, when Nathan O’Neill’s neat through ball was finished off by Leonard for his second of the game.

RCA began to control the game, and they nearly added a third when Dylan Elliott struck his effort just wide of the post.

Seaham started the second half strongly, and almost pulled one back when Wilson’s turn and shot resulted in the ball hitting the outside of the post, before Paul Gardiner’s rebound was saved.

The turning point of the game came 55 minutes in, when Davis was sent off for what looked like nothing more than a scuffle.

The sending off turned the game in Seaham’s favour and they went close again when Wilson’s effort was turned around the post by Dean.

Eight minutes from time Seaham pulled one back, as Paul Weldon picked up the ball on the edge of the box and curled the ball into the top corner, leaving Dean with no chance.

Three minutes later, the home side equalised when Sean McRoberts free kick from 20 yards out found the bottom corner.

RCA almost restored their lead in added time, when Ross McNab’s corner was met by Mark Daison, however his header went just wide of the post.

The game ended 2-2, with Seaham pulling off a good comeback to pick up a point, however RCA will be disappointed that they dropped two points. 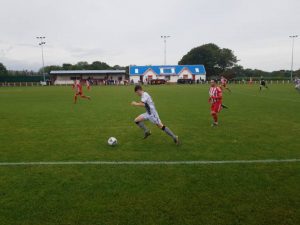 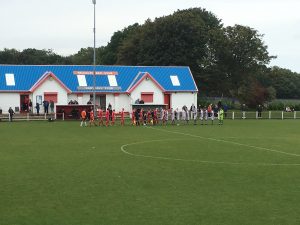