It’s not every day you get to visit the World’s Oldest Football Ground, so this was one I can now tick off the list.

The staff at Hallam were some of the nicest people I’ve met in non-league, making the day a very enjoyable experience for me and the Shildon faithful.

On first sight of the pitch, I couldn’t believe the slope that the two teams would walk out onto to contest their FA Vase tie.

Shildon kicked downwards in the first half, attempting to use the slope to their advantage with some hopeful balls over the top.

Dean Thexton had the first real chance of the game as he dribbled past three Hallam players, before his low strike was well saved by Sam Andrew.

The away side had a couple more chances – with Jack Vaulks heading over from a corner and Kurt Matthews seeing his effort saved.

Danny Deakin struck just wide of the post for the home side just before half time, as the sides went into the break level.

With Hallam kicking downfield, it looked as though they would have the advantage for the second half.

It was Shildon who went ahead, when Thexton latched onto Michael Sweet’s pass to arrow his shot into the top corner.

From then on, Shildon were in control. Hallam struggled to really get a hold of the ball and they kept on getting pushed back, or up if you’re being technical, towards their goal.

Then 20 minutes from time, Jack Vaulks popped up at the back post to sweep home the ball after a scramble in the box, to put Shildon in the driving seat.

With about five minutes to play, Kieren Watson forced a brilliant save out of Shaun Newbrook, who managed to scoop his header over the bar.

Shildon held on, setting themselves up for a mouth-watering third round tie against Division One rivals Stockton Town. 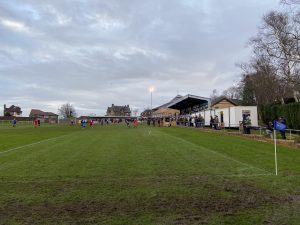 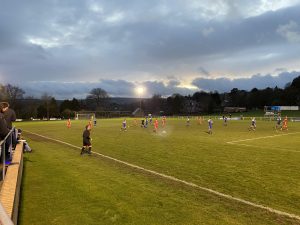 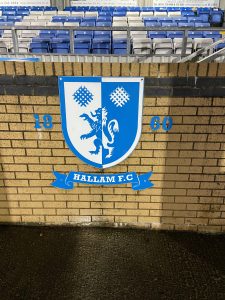