A proper derby indeed.  A very decent attendance and a full-blooded, competitive game with goals aplenty and the match ebbing and flowing.  The 345 crowd got their money’s worth.

Billingham Town could and should have taken an early lead – captain Danny Earl passing the ball to Jude Harrison who could only hit the post with his shot.  It was the highlight of a positive start by the hosts, with Thornaby on the back foot.

They followed that up with three shots, all placed either at keeper Joshua Mazfari or sent wide.  Against the run of play, it was Thornaby who took the lead in the 19th minute, with a turn and shot by Craig Hutchinson that curled over Town keeper Jack Norton and into the net.

The goal saw the tide turn Thornaby’s way.  Elliott Beddow battled with defender Lexus Beeden before turned the defender only for Norton to block the No. 11’s shot with his legs; but within two minutes Thornaby captain Nathan Guru doubled their lead, meeting a deep corner with a header that evaded an attempted diving save by Norton.

It looked a tough way back for Billy Town but they managed to turn the game back their way in the last 10 minutes of the first half.  Three minutes after the visitors’ second goal they clawed one back.  A corner saw the ball go just over Beeden but fellow centre back Andrew Wilson was right behind him and he managed to head the ball in a mirror image of Thornaby’s second strike.

And they were level in the 40th minute.  Ashley Lavan broke down the left of the Thornaby area.  His shot hit the post, with the ball coming straight out to Earl who had plenty of space to aim for before guiding the ball in to make it 2-2.

Billy Town picked up where they left off at the start of the second half, taking the game to Thornaby for more than 20 minutes.  It took that long for the visitors to get back into the game and, once again, against the run of play, they managed to grab a goal.

Beddow met a deep corner and drove the ball back into the Town goalmouth where it was tucked in by Guru for his second and what proved to be the winner.

But they failed to build on that lead, despite clear scoring opportunities falling to Hutchinson and Beddow.  Norton pulled off two top saves to deny two of the chances when faced with a one-on-one with the Thornaby striker.

Despite shots by Connor Rennison and Lavan, Billy Town couldn’t find an equaliser.

It sounds a contradiction, but Billingham Town’s performance belied their league position and they’ll have been disappointed not to get anything out of the game, a match where they battled to the end.  Meanwhile, Thornaby missed some gilt-edged opportunities to score that should have seen them well clear of their Teesside neighbours but, in the end, they didn’t rue their missed chances.

(Derbies are usually run high on emotions both on and off the pitch, but referee Helen Conley handled the match well, getting the balance right between keeping the match going and clamping down on potential confrontations.) 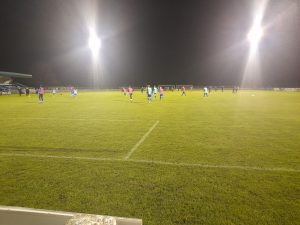 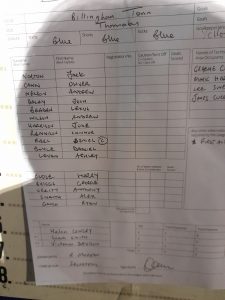 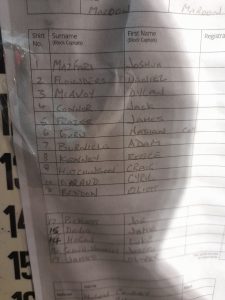