It was a case of:  “Different performance, same outcome” for Redcar Athletic.

Eleven days after being well beaten by Whitley Bay, Redcar Athletic had the perfect opportunity to make amends and for an hour they looked well set to gain revenge for a 5-2 loss at Hillheads.

For most of the first half both teams passed the ball around neatly enough without either looking as though they could take the game by the scruff of the neck.

Redcar got off to a much better start than the reverse fixture.  In the 4th minute Jordan Rivis took a touch before trying to place the ball inside the left hand post, only just missing the target; while at the other end Whitley Bay’s Henry Dorward had a free kick tipped over the bar by keeper James Dawson.

The home team’s best attacks came down the left, mainly through Isaac Walker, but the next chance fell to Whitley Bay when Malcolm Morien set Lewis Orrell up with a run at goal only for Dawson to race off his line and deflect the ball out for a corner.

An even better chance was squandered at the other end.  A through ball allowed three Redcar attackers to beat the offside trap; Nick Martin passed the ball to Rivis but the No. 10 hit the ball wide left with the goal beckoning and only Daniel Lister to beat.

He made amends in the 38th minute, converting a penalty after Walker was brought down in the box by Scott Lowery.  Redcar finished the first half strongly and immediately picked the pace back up at the start of the second half.  They doubled their lead in the 57th minute with a quick, incisive counter attack:  Matthew Bell finding Rivis who knocked the ball out to Luke Chapman wide right who left a defender on the deck with a turn at pace before crossing into the heart of the Whitley Bay goalmouth where Martin was on hand to slide in a knock it over the line.

Playing well, all seemed set for the home team to go on and build on their lead but the lead started to crumble within a matter of minutes.  Whitley Bay pegged the score back to 2-1 with an equally sharp attack – Callum Anderson finding Orrell whose first time sideways pass was hit home by Morien.

Six minutes later the visitors were level.  Redcar seemed to lose concentration, stood off and allowed Bay skipper Craig McFarlane to cross the ball from the right, going straight through a bunch of players before coming to Morien at the far post and he struck it home.

And the Whitley Bay completed an impressive comeback in the 73rd minute.  A defender was dispossessed and then sub Adam Shanks was given an unimpeded run at goal, with the No. 16 chipping the ball over the keeper to make it 2-3.

A happy trip back to Tyneside for Whitley Bay, while Redcar Athletic will be kicking themselves that they let the game slip through their fingers. 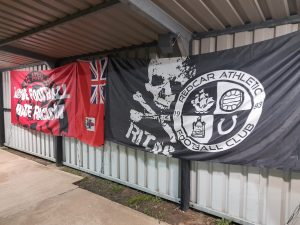 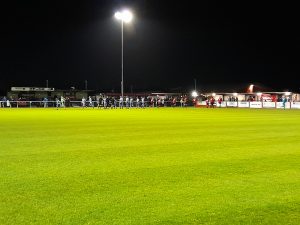 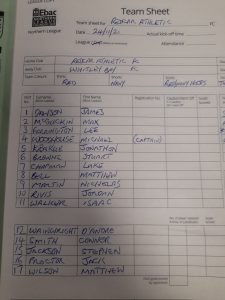 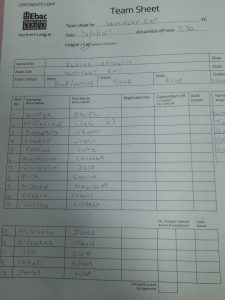 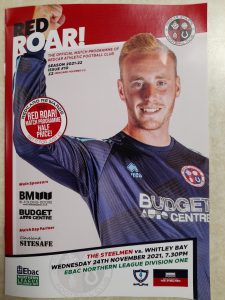