Billingham Town picked up a crucial point at home after a 1-1 draw against table toppers Consett.

The away side came close to opening the scoring just 6 minutes in – Jake Orrell drove down the left before crossing to Ryan King, who could only send his effort onto the post from six yards out.

Consett did take the lead in the 11th  minute – Orrell crossing again to Colin Larkin who showed good footwork to create space in the box before smashing the ball beyond Jack Norton.

Billingham came close to an equaliser in the 38th minute as Anthony Verity got onto the end of Connor Rennison’s free kick, however he could only head wide.

The home side found their equaliser just a minute later through Rennison, as he fired home from the edge of the box after Danny Earl pulled the ball back.

Billingham had a couple of chances in the second half – Danny Boyle and Harry Close seeing low efforts saved by Consett keeper Kyle Hayes.

The second half didn’t bring up too many chances for either side – until the last 10 minutes when Consett began to push forward for the winner.

Orrell’s corner in the 81st minute was met with a header by Calvin Smith, with his effort cleared off the line.

Consett kept pushing and almost found the winner in the 89th minute as Larkin pulled the ball back to Smith who fired over from the edge of the area.

The home side held on and claimed what could be a crucial point going forward.

Billingham Town travel to Ashington in their next outing, whilst Consett host Penrith. 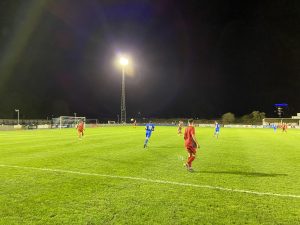 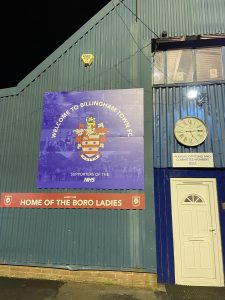