Consett picked up their 15th win of the season as they defeated West Allotment Celtic 3-1 at the East Palmersville Sports Pavillion.

The first chance of the game went to the away side when Jake Orrell’s cross was met by Carl Lawson who saw his header saved.

Consett took the lead 31 minutes in through Dale Pearson, as Orrell’s low cross was met by the striker who tapped home into an empty net.

The visitors doubled their lead on the stroke of half time – Orrell again the provider as his cross found Luke Carr at the back post who headed beyond Finlay Hodgson.

The away side almost added a third just seven minutes into the second half – Dan Marriott ran onto a through ball, however his chipped effort went just wide of the post.

Consett found themselves three goals to the good in the 70th minute as Orrell added a goal to his two assists for the evening.

Carr turned provider for Orrell as he found the midfielder in the penalty area, before Orrell cut inside and fired beyond Hodgson to put the game beyond doubt.

West Allotment pulled a goal back in the 79th minute, when debutant Owen Carr’s strike from the edge of the area nestled into the bottom corner beyond Ross Coombe.

West Allotment Celtic travel to West Auckland Town in their next match, whilst table toppers Consett host Whickham in their next game. 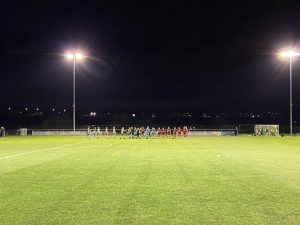 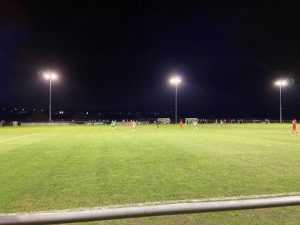