Crook Town progressed to the Third Round of the Durham Challenge Cup after edging past Sunderland RCA at The Sir Tom Cowie Millfield stadium.

The first half provided little entertainment for the 168 supporters in attendance as neither side created any real chances.

RCA were the side who came closest to scoring, even though their chances barely troubled Michael Arthur in the Crook goal.

Layton Watts saw his header from a Taylor Richardson cross go over the bar in the 18th minute, before Simon Jakab’s header from Michael Hoganson’s corner was comfortably caught by Arthur.

The second half proved to be more exciting – with Crook taking control and producing the best chances of the game.

Crook almost went ahead in the 53rd minute after a deflected pass fell into the path of captain Lee Hume, however his strike curled just wide of the post.

RCA responded with a chance of their own 64 minutes in, when Jonathan Carr drove forward before cutting inside and firing just outside of the post.

The only goal of the game came in the 66th minute – a through ball was met by Tafari Nicholas who rounded RCA keeper Jonathan Ball before slotting home into an empty net.

Nicholas nearly added his and Crook’s second 15 minutes from time after a through ball in behind once again beat the RCA backline, however Nicholas hit the top of the crossbar.

Crook held on for the win, which sees them move onto the next round of the competition. 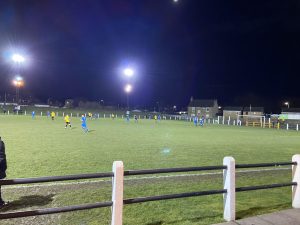 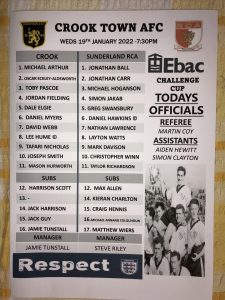 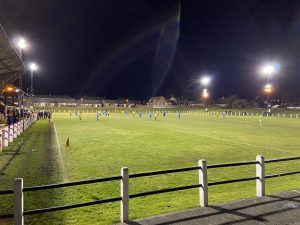