League newcomers Chester-le-Street United were dealt a harsh lesson by local rivals Birtley Town – a lesson which was kickstarted by three goals inside 10 minutes.

The hosts got off to a blistering start. Birtley’s high pressing forced the visitors into mistakes, putting them under pressure from the off.

Birtley opened the scoring four minutes in – Alex Francis’ corner was headed back across the box by Sam Hedley, before Jack Honour tapped home from close range.

Francis was once again involved just three minutes later as his through ball was met Aidan Rutledge who slotted home beyond Matthew Pattinson.

Another ball in behind was met by Rutledge who added his second and Birtley’s third, giving his side a commanding lead.

The tempo of the half slowed as Birtley dominated possession, with Francis’ composure in midfield helping the hosts control the game.

With five minutes remaining until half time, the home side added a fourth. Callum Smith’s exquisite through ball was retrieved by Rutledge, who slid it home to complete his hat trick.

Chester-le-Street pulled a goal back on the stroke of half time – Ryan Muldoon played through Daniel Lanning who rounded Conor Grant before scoring into an empty net.

The goals kept on coming as Birtley extended their lead even further – Rutledge worked space for himself on the edge of the area before firing into the bottom corner for his fourth of the match, before Smith capped off a swift counter attack to add his side’s sixth of the game.

The goal of the game came in the 84th minute, when Samuel Johnson curled home a brilliant strike from 25 yards out.

Birtley continue their unbeaten start to the season, whilst it’s two consecutive defeats for Chester-le-Street ahead of their next fixture away to Brandon United. 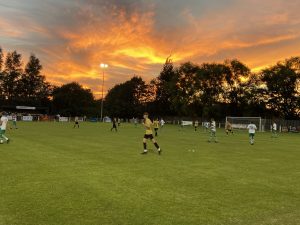 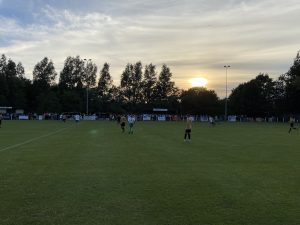 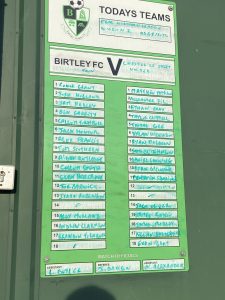