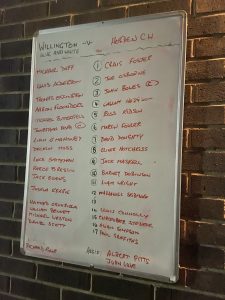 Horden followed on from their FA Vase First Round victory with a comfortable win away to Willington.

From start to finish Horden were in control of the game, limiting the home side to very few chances. The visitors got off to a blistering start when they opened the scoring in the first five minutes. David Doughty ran onto a through ball behind the Willington defence before striking low into the bottom corner.

Doughty was at it again 18 minutes in – the winger cut inside before finding the bottom corner again with a brilliant finish from the edge of the area.

Willington never looked like scoring – the away side applied constant pressure on the hosts as they saw multiple efforts go just wide of the target.

The pressure paid off in the 38th minute when Horden added a third. Liam Wright picked the ball up 30 yards from goal, before driving inside and unleashing a powerful strike which found the bottom corner – leaving Michael Duff no chance in the Willington net.

Horden almost added a fourth on the hour mark – Oliver Hotchkiss’ free kick was brilliantly saved by Duff, before the keeper palmed away Jack Maskell’s rebound from close range.

Willington pulled one back just three minutes later after Jack Evans’ through ball was collected by Reece Breslin before he slipped the ball under Craig Foster to give his side hope.

That hope was short lived as Horden regained their three-goal lead just eight minutes later. Duff turned away Maskell’s low effort, however the ball was only cleared as far as Martin Fowler on the edge of the area who slotted home.

Horden dominant display was topped off by Doughty who scored his third and Horden’s fifth of the game in the 86th minute – the away side could have scored ten had it not been for the impressive performance of Willington keeper Duff – Hotchkiss slipped through Doughty behind the Willington defence to fire past Duff into the bottom corner to complete his side scoring. Horden move up to sixth, whilst Willington remain at the bottom of the table. 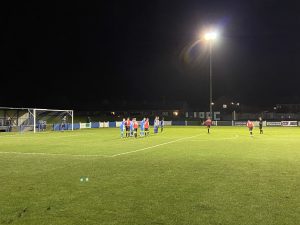 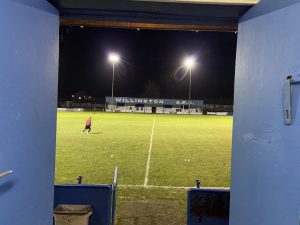