Ashington produced a dominant display as they secured all three points with a 4-2 home win against Sunderland RCA.

The home side took the lead six minutes in as Dean Briggs intercepted a loose back pass, before slotting home beyond Jonathan Ball.

RCA almost equalised a minute later when Matthew Weirs got onto the end of a Joshua Croft cross, only to see his header hit the outside of the post.

Ashington nearly doubled their lead and in the 12th minute through Ryan McGorrigan – his half volley going just over the bar.

RCA had another half chance on the half hour mark – Michael Annang-Colquhoun drove down the right hand side before cutting back to Michael Coghlan on the edge of the area, only for his effort to sail just over the bar.

Ashington doubled their advantage just before half time after some neat work from McGorrigan. A perfectly weighted through ball sent Paul Robinson through on goal leaving him to finish beyond Ball.

Things went from bad to worse for the visitors, who found themselves three goals down straight after kick-off.

McGorrigan fired a low cross across the RCA penalty area which found the unmarked Robinson at the back post – a simple finish for the winger as he tapped home his second goal of the game to put his side in control.

Ashington added a fourth in the 55th minute – Liam Doyle burst down the right before crossing to McGorrigan, leaving him to tap home past Ball and put the game beyond doubt.

RCA rarely threatened in the second half, however they did manage to pull a goal back through Simon Jakab.

The centre half wandered into the Ashington box unmarked, before towering above the defence to head home from a corner – giving his side a glimmer of hope.

Ashington remained in control of the game but it was RCA who scored again as they added a second in the 85th minute.

Annang-Colquhoun’s cross was met by Mark Davison – who arguably scored the goal of the night – with a perfectly placed volley which nestled into the bottom corner beyond Karl Dryden.

The home side had one final chance to add to their tally in the 87th minute, as Robinson cut the ball across to substitute Max Cowburn, however Jakab produced a wonderful goal line clearance to deny Cowburn his goal.

Ashington travel to West Auckland Town in their next game, whilst Sunderland RCA host Billingham Town. 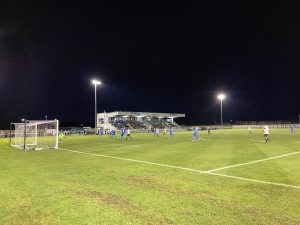 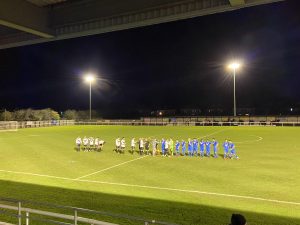 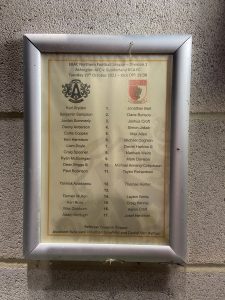 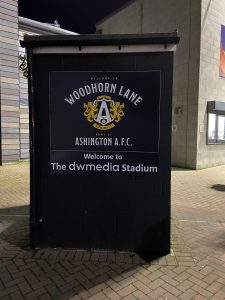