Heaton Stannington moved eight points clear at the top of Division Two as they defeated Jarrow by two goals to nil at Grounsell Park.

The first chance of the game went to the visitors, as Joe Ames cut inside and fired his effort off the outside of the post.

The league leaders struck first through Dean Holmes – the ball falling into his path before he slotted home into the bottom corner.

Heaton came close to adding a second in the 39th minute after Leighton Hopper laid the ball off to Kevin Carr who sent his thunderous effort fizzing just past the post.

Jarrow thought they had drawn level just two minutes before half time when Channon North slotted home, only for the goal to be ruled out for offside to the disbelief of the Jarrow bench.

The hosts doubled their lead on the stroke of half-time – Jarrow failed to clear the ball from their box before Heaton top scorer Liam McBryde tapped home to put his team in control.

Jarrow began the second half the stronger of the two teams and had the ball in net again – only for it be ruled out for a foul on Heaton keeper Dan Regan.

Heaton came close to a third in the 84th minute, when Andy Burn saw his 25 yard free kick brilliantly tipped over the bar by Jarrow keeper Steven Hubery.

Heaton held on to claim the three points as they moved a step closer to Division One, whilst Jarrow remain in 12th place. 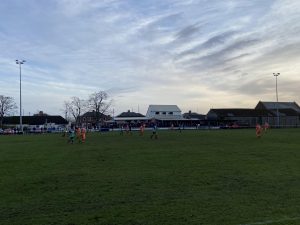 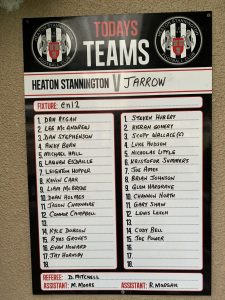 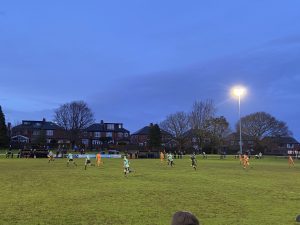