…with a few shredded nerves.

Two things stood in the way of this being a much more straight forward tie for Penrith.

They were up against a team that has just been promoted to the second division of the North West Counties League and who were playing their very first game in the competition.  They played nothing like a rookie Vase side and pushed the Cumbrians all the way.

Some lax finishing by Penrith didn’t help matters either.  But they made it, in the end.

They started the better of the two sides, with Ilkley taking some time to find their feet, unsure about the opposition and perhaps showing them a bit too much respect.  In the second minute, Penrith No. 10 James Best tried to bend the ball round Ilkley keeper Callum Gladding who was able to grab it down to his left.  Bryce Dean-Norman was then put clear through with a clear sight of goal only to blast the ball over the bar.

Ilkley then started to get into their stride.  Their main threat throughout the game was No. 9 Kevin Gonzalez Mele.  In the 17th minute he got behind the Penrith defence and had a cross cleared by Grant Davidson close to his line.

They followed that up with a potentially dangerous cross blocked by Stuart Johnson and then Gonzalez unleashed a shot that Penrith keeper Luke Miller pushed away for a corner.  He was more clinical in the 25th minute when he took a pass by left back McCauley Smith and found the gap between Miller and the right hand post to put the Baht’atters 1-0 up.

Meanwhile, Penrith’s ball retention wasn’t as good as it should have been and their shots were off target too.  They could have gone 2-0 down in the 35th minute when Gonzalez had a shot well saved by Miller with a follow-up shot cleared off the line by Davidson.

The Cumbrians started to turn the tide in the last seven minutes of the half.  A quality pass by Ellis Pearson to Dean-Norman gave him the chance to shoot, with Gladding pulling off a point blank save.  They were level in the 39th minute.  Jamie Armstrong struck a free kick round the defensive wall and in between keeper and post.

The goal and presumably a half-time pep talk, gave Penrith added impetus in the second half.  Six minutes into the half and they were agonisingly close to taking the lead when No. 9 Max Brown had a shot hit the right hand post and career out.

They only had to wait a matter of seconds before they found the winner.  Armstrong took a pass from Matthew Story, took aim and placed it just inside the right post, scoring his second goal with a finely crafted shot.

They looked sharper and quicker: Best with a header that flashed across the Ilkley goal and Dean-Norman with an effort cleared off the line by Smith.

Penrith were dealt a blow in the 22nd when Gonzalez turned Johnson with his shot punched clear by Miller.  Unfortunately, Johnson went down as he twisted, suffering a suspected cruciate ligament injury and he had to be stretchered off after being treated for eight minutes.

The injury seemed to disrupt Penrith’s momentum and with 13 minutes to go,Gonzalez had another stinging shot punched away by Miller.  It was a nervy added time for Penrith.  Gonzalez had another shot from a tight angle.  Those nerves should have been settled in the 95th minute.  Dean-Norman beat the Ilkley offside trap but with only the keeper to beat he hit his shot against the post, squandering a good chance to wrap up the tie.

In the end, they were able to see out the match and they travel to Northallerton Town in the next round in a fortnight’s time.

Many thanks to Ilkley Town chairman Richard Giles and his team of volunteers who couldn’t have looked after us any better.  Their hospitality was fantastic.

Interestingly, Ilkley manager Simon Armstrong and assistant manager Sam Dexter were unavailable to take charge as it was Dexter’s wedding, with the club’s U21s management team looking after the first team.

And we wish Johnson a full and speedy recovery from the nasty injury. 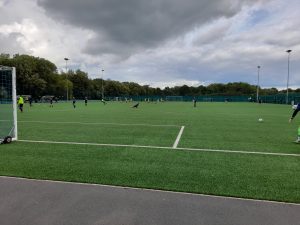 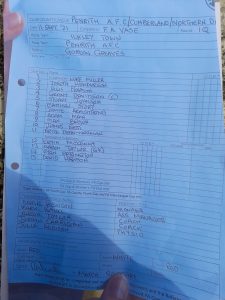 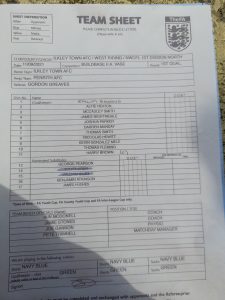 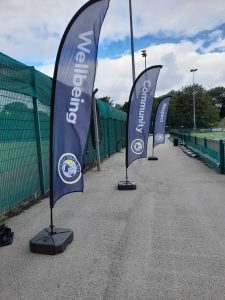 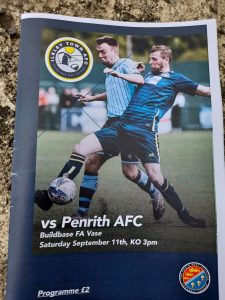