PLENTY OF GOALS AT HILLHEADS

Consett picked up a crucial three points away to Whitley Bay in what was a fantastic game for the 637 fans in attendance.

The game got off to a flyer when Consett were awarded a penalty just 25 seconds in as Callum Guy was brought down in the area. Stephen Callen stepped up only to see his tame effort saved by Dan Lister.

Callen was made to rue his missed penalty as Whitley Bay took the lead in the 13th minute. Henry Dorward played Mitchell Ramsay through on goal with an inch perfect pass, before the winger sent his effort past Kyle Hayes into the roof of the net.

Both teams saw efforts saved – Callen being denied by Lister and Michael Speed seeing his effort saved by Hayes – before Consett equalised.

Calvin Smith picked up a loose ball in the Whitley Bay box before he fired low off the far post past Lister – to get Consett back in the game with 21 minutes on the clock.

The away side turned the game around in the 33rd minute through Jake Orrell. Consett full back Jermaine Metz drove down the right before pulling the ball back into the path of Orrell who tapped home.

Consett went into the break in the lead despite Whitley Bay arguably being the better team in the first half.

The visitors added a third in the 53rd minute through a fortunate bit of luck. Smith’s low effort was brilliantly cleared off the line, only for the clearance to bounce off James Martin into the Whitley Bay net.

It only took Whitley Bay four minutes to respond as they grabbed a second through Adam Shanks. A long free kick forward was headed across the box by Jamie Dunn, leaving Shanks to send his well placed volley into the bottom corner.

Whitley Bay kept pushing for their equaliser and it almost came in the 74th minute. Dorward’s low cross was met by Shanks who could only send his effort wide of the post from a few yards out.

With the last kick of the game, for the second time they almost found their equaliser. Speed’s corner was met by Luke Taylor, who could only send his effort off the top of the bar – much to Consett’s relief as they held on for the three points. 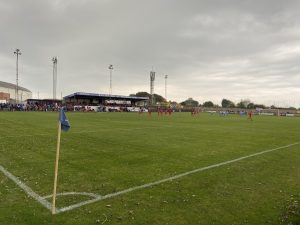 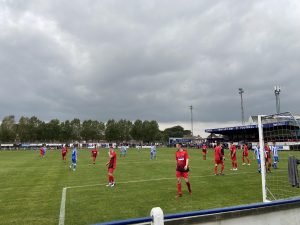 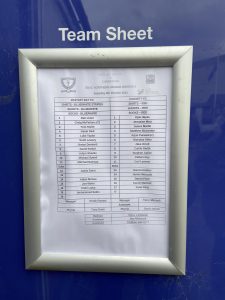