SENIORS TOO STRONG FOR WEST END

Prudhoe YC Seniors produced a solid performance to make it two wins out of two against a disappointing Sunderland West End side.

The hosts started brightly and opened the scoring in the 8th minute when Chris Brennan was brought down in the area by Luke McCabe. Craig Fairley stepped up and slotted home to give his side the lead.

Prudhoe’s bright start continued as they dominated the first half. The hosts main threat came from the flanks, however West End dealt well with every cross that came into the box.

The home side almost doubled their lead on the stroke of half time. Matt Law’s cross found Sam Dibb-Fuller at the back post, however Neal Bussey got down low to deny Dibb-Fuller from close range.

The second half saw much of the same as the first. Prudhoe seemed to be steps ahead of West End, winning every loose ball while not allowing West End any clear chances on goal.

Law had a great chance 71 minutes in to extend his side’s lead as he latched onto a ball over the top only for Bussey to tip his effort wide.

The resulting corner was met by Danny Driver at the back post who headed across goal, before a Prudhoe goal-bound header forced Bussey into a great save to keep his team in the game.

Prudhoe’s dominance paid off just three minutes later as they doubled their lead. Matty Slee was allowed to drive down the left flank before firing his effort off the post, only for Thomas Ions to slot home the rebound.

Prudhoe added a third to seal the win six minutes from time. A long ball forward was brought down by Law, who slipped past Billy Walker before he squared to Ions to tap home into an empty net.

Prudhoe continue their good start in the Northern League whilst West End will need to pick up their performance heading into their next game. 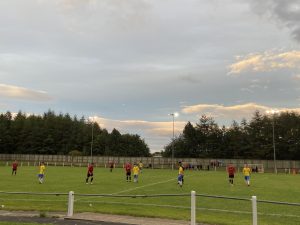 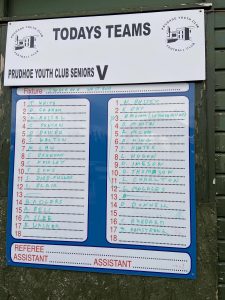