….is the headline I would have liked to have written, but in truth Birtley were simply beaten by the better team.

Bury started at full throttle and never eased back for the 90 minutes.  As early as the third minute Birtley keeper Isaac Robinson had to pull off a double save to deny shots by Lewis Gilboy and Adam McWilliam, pushing the second out for a corner.  From the corner, Birtley’s Thibault Charmey stopped another shot on the line.

Bury kept the pressure on and their attacks were more dangerous than Birtley’s.  The visitors had to keep their concentration levels to defend a series of balls into their area and it look more than 15 minutes before they could take the sting out of the home team’s early momentum.  They could only rely on sporadic attacks.

It was only a matter of time before Bury scored and in the 36th minute Gilboy was brought down in the area, with No. 9 Tom Greaves converting the penalty.  The lead was no more than they deserved, with Birtley doing well to repel them for so long.

At the other end, Birtley strikers Joe Barwick and Andrew Clarkson didn’t have many goal-scoring opportunities, with the team mainly limited to a couple of long-range shots.

Ten minutes after the break Bury doubled their lead when Kristian Holt hit a deep cross from the left that hit the right hand post and rolled across the goal line before Gilboy prodded it over, despite a last-gasp attempted block by Robinson.

Birtley were given a lifeline in the 59th minute.  Out of the blue Barwick suddenly ran free of the defence and was one-on-one, with the No. 9 slotting it past Bury keeper Jack Atkinson.

Any hopes of the goal launching a comeback were quashed within a minute when Bury re-established their two-goal lead.  McWilliam dispossessed a Birtley player just outside the penalty area, knocked the ball out to Daniel O’Brien and his cross laid the ball on a plate to Greaves who couldn’t miss with a header.

Bury continued to have the upper hand for the rest of the match and deservedly progress to the third round.

So far this season they’re unbeaten, they beat Ryhope in the first round and, despite being in the North West Counties equivalent to our second division, they’ll be a tough opponent for any of the teams left in the Vase. 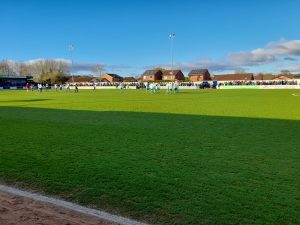 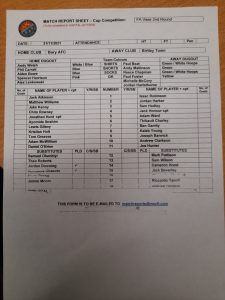 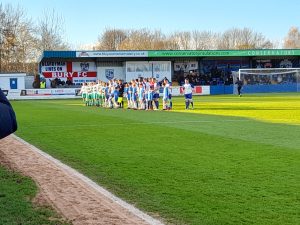 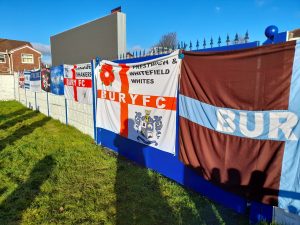