A spectacular first half performance from West Allotment Celtic ensured they picked up all three points against a Sunderland RCA side who are struggling for form.

Guy Bates, who proved to be a problem for the RCA defence all afternoon, came close to opening the scoring just four minutes in. Luke Parkinson’s corner was met by Bates who headed just over the bar.

Bates was involved in his side’s opener in the 12th minute – his low cross was met by Lucas Lowery-Matondo who tapped home at the back post.

RCA were awarded a penalty 10 minutes later when Callum Parton was brought down in the area. Patton stepped up to take, however he blazed his spot kick over the bar.

Apart from the penalty, RCA didn’t threaten the West Allotment goal, with the home side dominating the ball and looking dangerous going forward.

Ten minutes before the break they doubled their advantage. Parkinson scored directly from a corner, after RCA keeper Keaton Marrs completely missed the ball after an attempted punch.

The home side made it three on the stroke of half time – Bates, once again at the heart of the action, picked out Callum Larmouth with an inch perfect cross who volleyed home beyond Marrs.

The majority of the second half was the same as the first – West Allotment looked a step ahead of the visitors, beating them to loose balls and winning second balls.  They had two great chances to extend their lead. Larmouth volleyed just wide of the post, before Jack Pearson fired just over from close range.

RCA pulled a goal back 15 minutes from time – the West Allotment defence failed to clear Kyle Fryatt’s cross, which allowed Mark Davison to pounce on a loose ball and tap home.

The goal gave the visitors a boost, as they began to apply more pressure and sustain more attacks, however it was too little too late as the West Allotment defence held firm.

West Allotment ended the match with a couple of chances – Joe Conway forced a good save from Marrs, before Larmouth fired over the bar from the edge of the area. 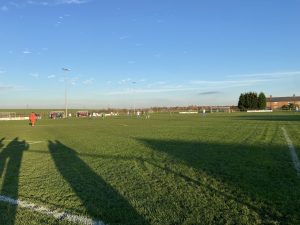 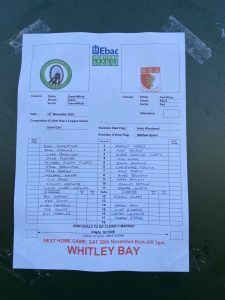 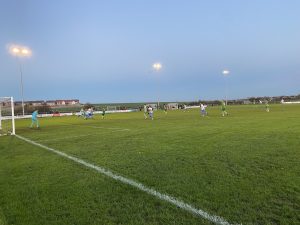