This game could have went either way. Both sides seemed to lack a cutting edge – which the decisive moment coming from the penalty spot.

In terms of entertainment, the first half offered very little. Whickham had the majority of possession, however it was Heaton who came closest in the first 45.

The Lang Jacks’ Joseph Smith saw his strike from the edge of the area on 15 minutes turned away by Tom Flynn before Nathan Greenwood put the rebound well wide of the post.

Heaton almost took the lead 10 minutes before the break. Matthew Ward latched onto a through ball before cutting inside and firing low at Nathan Harker, with the Whickham keeper equal to his effort.

The second half offered more than the first. Heaton started the more brightly of the two – Louis Anderson headed over the bar from a Dan Stephenson cross, before Stephenson sent an effort wide of the post from 20 yards out.

Whickham were awarded a penalty after Scott Robson was brought down in the area by Flynn. Jamie Dunn stepped up and confidently placed his penalty into the top corner, sending Flynn the wrong way.

Heaton had one last chance two minutes from time. A long ball into the Whickham box was headed across the area, which was met by Max Cowburn, however his header was a tame one and straight at Harker.

The result sees Whickham continue their 100 percent start to the season putting them top of the league, whilst Heaton are yet to pick up three points. 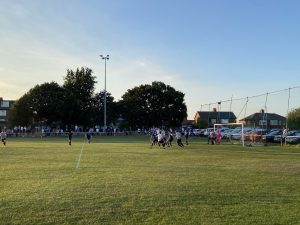 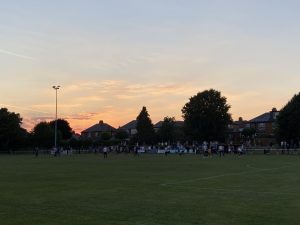 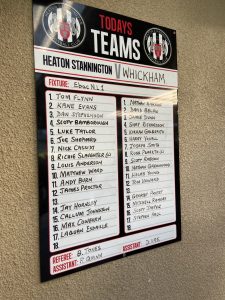