In the second of our features on our new clubs, we focus on Redcar Town:

It’s a case of ambition fulfilled for Redcar Town as they join the league. And the club is very conscious of the step up that they’re taking – moving from the North Riding League to Division Two.

But their progress has been rapid.  They only set up a senior men’s team in 2014.

Men’s first team secretary Craig Gibbin said:  “We see this as the ideal level for us.  Promotion has been a lot to take in – we’ve had to pinch ourselves to have achieved this in such a short space of time.”

As a former player, he said it was frustrating that there wasn’t a team to play for in his home town, instead he was one of a number of young players from the town who had to play elsewhere – usually Marske, Guisborough or Northallerton.

“Giving young players the chance to play for a team in the town has been the driving force behind what we have done.  As a committee we want to push to the highest possible level we can.”

There’s a friendly rivalry between Town and (very) near neighbours Redcar Athletic, with both clubs having vibrant youth teams below the senior men’s team.  “What they are doing drives us on and I’m sure what we’re doing will drive them on too.  In the end, everybody will be better for it.”

Promotion was gained after several years of hard work developing the facilities at their ground to make sure they complied with the ground grading requirements needed to play in the Northern League.

Craig added:  “A lot of work has been put in to get the facilities right.  In some ways, the facilities have driven what happens with the team rather than the other way round.”  Further improvements are in the pipeline, including a new 150-seater stand.

And they’re taking part in this season’s Vase after taking a bit of a gamble – applying to join the tournament and paying the fee before it was decided that they were to be promoted to Step 6.

“There’s a lot of both excitement and trepidation at the club.”

Manager Gareth Maidens added:  “There’s a lot of excitement round the club at the moment.  We’ve had a reasonable pre-season, with Covid out there.

“We’ll be looking to add to the squad as the season progresses.  It’s  a new league and a higher standard than we’re used to in the past, but everybody’s looking forward to it.

“We have added 10-12 new players to the squad and we’ve been getting them up to speed as to what’s expected of them at the club.  It’s all about being together as a team – win, lose or draw.

“We’ll be adapting our team for the different teams we’ll be facing.  We believe we can score goals so we’ve got to look at being strong defensively – to have a strong base to build on.”

Their first game is away at Tow Law Town and their full fixture list and club details are here: 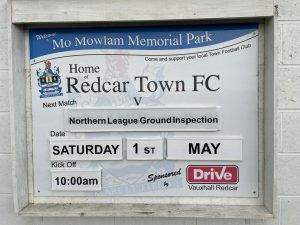 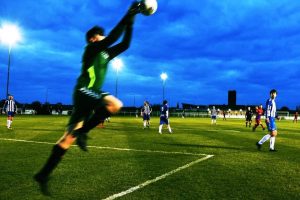