Prudhoe are a couple of years ahead of their own long-term strategy.

Ten years ago their goal was to get into the league.  They’ve managed it in seven.

“But we’ve managed to go up two tiers in two years.  We haven’t got the complete infrastructure that we wanted in place for getting into the league but we’re really looking forward to getting started.

“We’re fairly confident that we have a squad that can make a good fist of it.  We are going with mainly what we had last season but we have also brought in some players to strengthen the squad in both numbers and quality.  We will need a bigger squad as we are playing twice a week until the beginning of October and there’s fantastic competition for places all over the pitch and that has shown during pre-season when we have been pretty successful.”

Unlike other clubs, they didn’t have as many worries about meeting the ground grading requirements as they’ll also be playing at Kimberley Park, along with Newcastle University.  But they’ve had to focus on bringing money in by raising their sponsorship profile.

Duncan added: “We want to build and increase our presence in the local area.”

Their late run in the Alliance at the end of last season meant they missed the deadline for taking part in the Vase.

Meanwhile, manager Kennie Malia and his coaching staff of John McAdam, Steven Johnson, Mark Thompson and Thomas Knell have had to hit the ground running after being appointed on June 20.  Kennie said:  “It’s been 100mph since we joined the club and the priority has been to bring in a few players who could take us to the next step.

“We’ve got a good balance of youth and experience and we’ve had a strong pre-season, including games against a couple of First Division teams.

“We’ve done research on teams in the division, talking to managers who know a bit about the different teams.  We’ll go into every game expecting high standards.”

And the matches against Ryton & Crawcrook and Newcastle University will be the fixtures they’re most looking forward to.

(We spoke to Duncan and Kennie before their 5-1 win in their opening match last night.) 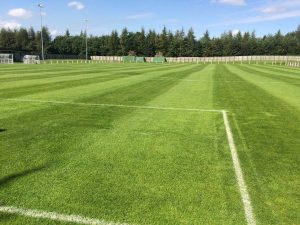 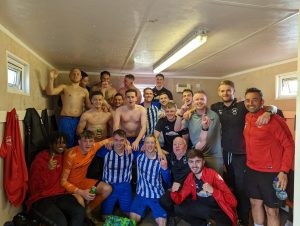