In the first of our features on the four clubs joining the league this season, we focus on Blyth Town:

This season Blyth Town are joining us after back-to-back-to back promotions from the Northern Alliance.
The club is led by Sandra Orr. She said:
“I do feel that we are ready for the move. We are a community club and we want to build on that. It’s about the whole club. It will be a slow burn process – consolidating in the Northern League.”
The club has an under 23s and a ladies team along with junior, boys and girls teams.
Facilities have also been developed in recent years, including a 3G training pitch and a new function room available for community activities, which brings in revenue as well as being a focal point for local clubs and organisations..
“But we are very conscious that the senior team gives the juniors a level to aspire to.
“We’re lucky to have Michael as our manager – he’s very charismatic. We couldn’t have been promoted through and from the Alliance any faster. Some of the team have been with us since they were five years old and they have a real passion for the club, which is great to see.”
Manager Michael Connor said many of their players have been with them through the successive promotions and are being given the chance to play at a higher level and, to prepare them for the campaign, they’ve already played two of the top sides from the first division – Consett and Newton Aycliffe. They held their own for the first half against both teams.
“Most of the squad are under 25 and I told the players not to be disappointed with the losses but to learn from the games – how the opponents kept the ball and how they were organised.
“I know what we’re going to be up against in the second division and I don’t think we could have had a tougher opening match than against local rivals Bedlington Terriers.
Michael is backed by a first team and a fitness coach to help the squad prepare for the new challenge.
“I’m looking forward to the new season to see what the lads can do – it’s an exciting challenge. There will be ups and downs. But as a club we’re evolving all the time.”
And Sandra added: “We’re delighted to be in the Northern League.” 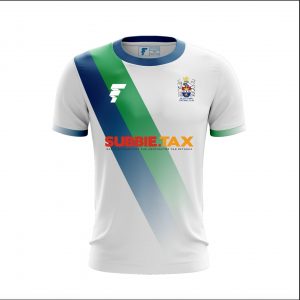 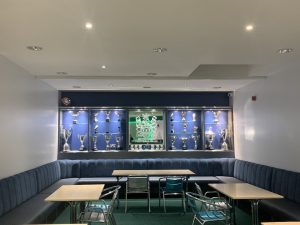