RCA delivered just about the perfect away game.  From front to back, it was a consummate performance that sees them through to Monday’s draw.

I’ve recently highlighted a couple of individuals for having outstanding games, but every member of the RCA team played a blinder, both individually and as a unit.

Up against a team in a higher division, they could have had another couple of goals, but 3-0 away from home will do very nicely indeed.

They started quite tentatively, finding their way against opponents who they weren’t quite sure about.  (Opponents who’d beaten Hebburn Town only a couple of days ago.)  In the opening 10 minutes both teams could have taken the lead.  In their opening attack, RCA No. 9 Mark Davison turned and unleashed a shot that Frickley keeper Jake Askew punched away at full stretch.

A miscommunication by three RCA defenders allowed Frickley captain Bradley Wells to get the ball to Kieran Wells and his shot was well saved by keeper Jonathan Ball down to his left.  Both centre forwards were proving a handful for the defences, while RCA’s winger Taylor Richardson was causing problems down the left.

RCA took the lead in the 16th minute when Davison got the slightest of flicks with his head, easing the ball behind the Frickley back line, allowing Richardson to race towards goal and the No. 11 scored with a confident finish.  Frickley almost hit back within a minute – Kegan Everington just missing wide left with a left foot shot.

The teams then traded five-minute spells where they had most of the possession, pushing the opposition back.

In the 32nd minute Richardson sent over a cross that almost caught Askew off guard, with the keeper having to pedal backwards to tip the ball over the bar.  Five minutes later the visitors should have been 2-0 up.  Davison nudged the ball to Richardson who pulled it back to Michael Colquhoun.  The No. 10 had a clear sight of goal only to spurn a great chance by side-footing his shot wide.

Davison doubled RCA’s lead in the 43rd minute – his first touch setting up his shot, with the visitors converting their best spell of the first half.

Already 2-0 down, Frickley’s chances weren’t helped when their captain didn’t make it back out for the second half, suffering a bleeding nose in the first half after a coming together with an RCA player.  Without him, they didn’t seem to have a Plan B and lost their main cutting edge for attacks.

They didn’t offer much in the second half, mainly resorting to 30-40 yard cross-field passes that were easily dealt with by the RCA midfield and defence.  Meanwhile, Craig Hennis and Thomas Best had the upper hand in midfield, with Best in particular behind most of their best moves.

And the pair sealed the win in the 62nd minute.  Hennis pulled the back for the No. 8 at the back of the box, with Best taking his time and placing the ball into the net through a couple of defenders.

And with six minutes to go, Richardson almost capped his game with another goal, rounding the keeper only to see his shot clip the left hand post and come back out.  RCA’s final effort came in the 86th minute when Davison saw Askew off his line, but his lob – from 40 yards out – went wide right.  By then, it didn’t matter.  They were already home and hosed.

A stand out win for the Wearsiders. 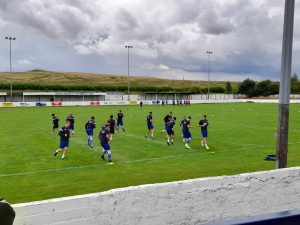 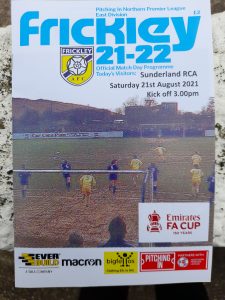 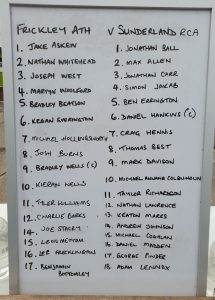 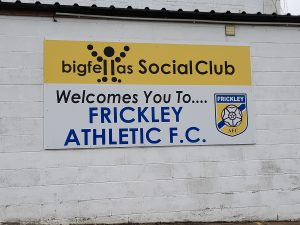