The game started as a mad scramble and stayed that way for the 90.

It was a case of 9 out of 10 for effort and only 2 (at best 3) out of 10 for artistic merit.  But it was a win that secured an RCA league double over their near neighbours this season.

Moves of more than a couple of passes were few and far between, with players on the ball soon closed down and no team was able to get into any kind of rhythm.

The opening goal, in the 17th minute, was the first bit of quality in the match.  The ball was sent across the Ryhope box and was met by No. 9 Mark Davison who thumped it in.  A group of us at the halfway line were initially bemused when the goal was given as the ball seemed to go across the goal, but the assistant referee flagged for a goal immediately and a posting on social media showed that it had hit the netting and then spun out.  Mystery solved.

At the other end Ryhope couldn’t beat RCA’s offside trap, being caught out three times in the first 20 minutes.  They twice came close to equalising just before the half hour:  Danni Lay meeting a James Ellis corner with an header placed wide right and then a back pass by Greg Swansbury only just making it to keeper Keaton Marrs with striker Oscar Taylor close to intercepting it.

The second half picked up where the first half ended:  hustle and bustle.

Then out of the blue Ryhope started to muster some consistent pressure and created three really good chances, two falling to sub Karl Southern.  His first was a shot from outside of the box that was tipped over the bar by Marrs.  From the corner Southern and fellow sub Christopher Wallace both had efforts cleared off the line by the RCA defence.

The best phase of the game came in the closing minutes.

RCA sealed the match when a high, hopeful ball was sent up to the edge of the Ryhope box where Chris Winn turned and volleyed it, with the ball bouncing in front of Ryhope keeper James Winter and spinning into the net.

RCA sub Taylor Richardson was able to get behind the Ryhope defence and hit a shot across Winter who managed to get a hand to it and push it out.  And then deep into time added on Ellis hit a free kick from 25 yards out that looked destined for the top left corner, only for Marrs to pull off an acrobatic save.

The last bit of the match was some compensation for a scrappy scrap. 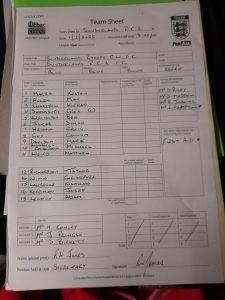 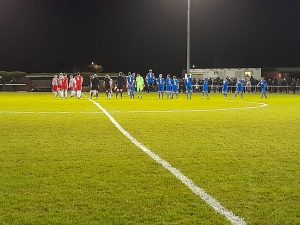 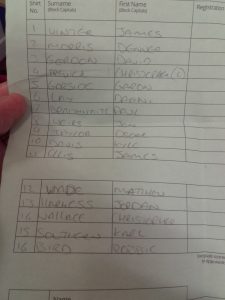