Billingham Town capped off a great away performance with three points against Redcar Athletic.

The first chance of the game went to the home side – Isaac Walker seeing his low effort saved by Jack Norton.

Billingham took the lead in the 17th minute through Connor Dunlavey – with a fantastic looping volley from about 30 yards out which left Norton no chance.

Redcar almost levelled the score 31 minutes in through Walker. Nicholas Martin won possession midway in the Billingham half, before a great through ball sent Walker through before he cut inside and sent his effort of the outside of the post.

The hosts started the second half the better of the two teams and they almost got their reward – Walker’s low corner was met by Max McGuckin who could only send his effort wide of the post in the 52nd minute.

From then on Billingham began to gain control and had a couple of half chances – Dunlavey and Danny Boyle sending strikes just over.

In the 83rd minute Billingham had a great chance to seal the three points, as Boyle created space in the box for a shot, however he sent his effort just inches over the bar.

It was Boyle’s strike partner, Dunlavey who sealed the points for the visitors just four minutes later.

Ash Lavan drove down the edge of the area before his low cross was tapped home by the unmarked Dunlavey to add his second of the game and three more points to Billingham’s league tally. 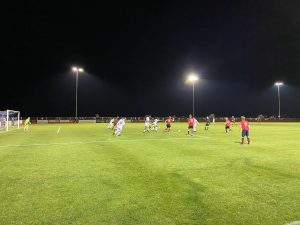 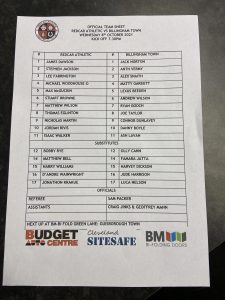 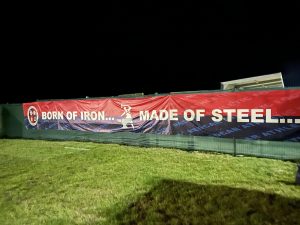