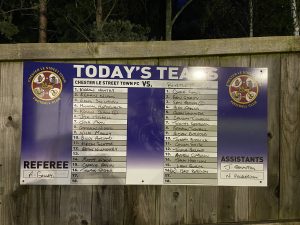 Chester-le-Street earned bragging rights in the local derby as they cruised past 10 man Birtley Town.

The hosts started the brighter of the two sides, looking like a side who were placed at the top end of the table. Birtley struggled to get a foot on the ball as the Cestrians put them to the sword.

Chester-le-Street took the lead 15 minutes in – Ellis Swinburn found Josh Akal at the back post, who headed home beyond Conor Grant.

Just 15 minutes later the Cestrians doubled their lead. Billy Harland slipped through Nick Marley before the forward placed his effort beyond Grant into the bottom corner.

Birtley pulled a goal back just 5 minutes before half time. Callum Smith robbed Kieron Beattie of possession in the Chester-le-Street half, before driving forward and smashing home past Kieran Hunter.

On the stroke of half time, the game swung in favour of the home side. Harland ran onto a through ball over the top of the Birtley defence before being brought down by Grant. The hosts were awarded a penalty, as Grant was dismissed by the referee.

Michael Hepplewhite stepped up and smashed the ball down the middle past substitute Isaac Robinson to give his side a commanding lead.

For the majority of the second half, Birtley performed well.  Down a man, they still provided a threat although Chester-le-Street dealt with the danger quite comfortably.

With 20 minutes remaining, the Cestrians added a fourth. A cross into the area was glanced home by Marley into the bottom corner.

Just two minutes after they scored their fourth, Chester-le-Street scored again. The Birtley defence failed to clear Regan Nixon’s cross, before Hepplewhite pounced and slotted home past Robinson to seal the three points for his side.

An off night for Birtley Town who find themselves five points off top, whilst the win sees Chester-le-Street Town create a small gap between those below them. 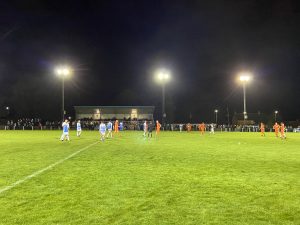 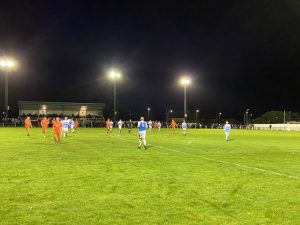