TERRIERS COME BACK TO BITE

Horden dominated the first half of the match, leading one goal to nil at the break, however they should have been ahead by three or four. Bedlington struggled to get into the game in the first 45 and were fortunate to only be one goal down at half time.

Within the first 10 minutes, Horden could have scored three. Jack Maskell and Kieran Campbell both got onto the end of low crosses across the box, only to put their efforts from close range over the bar.

Maskell came close again when his strike from the edge of the area was well tipped over the bar by Adam Cameron.

Captain Oliver Hotchkiss came agonisingly close to opening the scoring – his powerful free kick from 30 yards hit the outside of the post before Bedlington cleared.

The visitors kept up the pressure and were awarded a penalty in the 32nd minute – Maskell beat Cameron to a ball over the top before being brought down by the Terriers keeper.

Marc Ellison’s penalty came back off the post into the path of Campbell, who drove the left before his cross-come-shot hit the inside of the net and went in to give his side the lead.

Horden went into the break with a deserved lead, although they would have been disappointed not to have been ahead by more. Bedlington came out fighting in the second half and were arguably the better side.

The game was level 67 minutes in – Jack Watson’s low cross was met by the run of Gilberto Chapim who finished low beyond Paul Griffith.

With 20 minutes left of the half, Horden went close to regaining their lead. James Watson and Ellison both saw goalbound efforts cleared off the line after good defending from the Bedlington backline.

Three minutes later the home side were ahead. A Terriers corner fell into the path of Joe Ames, who rifled home a half-volley on the turn into the top corner to complete his sides comeback.

Horden pushed forward in search of an equaliser, however it wasn’t meant to be as the Terriers defence stood firm to seal all three points. 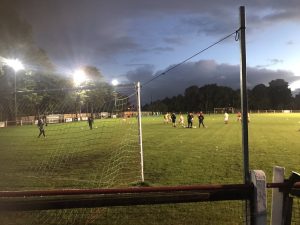 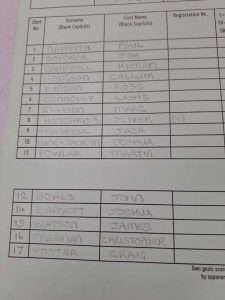 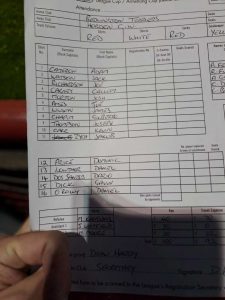