TRIBUTE TO A HERO

Tonight’s game at The Mill Field had a special poignancy as the death had been announced of Alan Brown, one of Crook Town’s greatest ever players the previous day. He will live long in their folklore as the man who scored the winner in the 1964 FA Amateur Cup final at Wembley, heading in the winner against Enfield from ten yards, although in Alan’s own words “it ended up about 60 yards the more often I told it.”

He also netted the winner in the FA Cup First Round of the same year when his goal was enough to see off Carlisle United, who featured former Crook favourite Peter Garbutt in their side along with Alan Ross who went on to play for the Cumbrians in the First Division ten years later, an Olga the Fox the smiling (or was it snarling) United mascot. Like the Carlisle team that day, she was well and truly stuffed.

Alan was a Shildon lad, lived and worked in the town all his life before finally succumbing to the twin ravages of dementia and cancer. He was well looked after in his final months at Redworth House Nursing Home and died in the presence of his family. Ann, his wife, was not quite ready for the Mill Field tribute but the manager and her deputy from the home were there. Tells you a lot about him…

Alan played in the days of leather Caseys, dubbined boots, heavy cotton shirts that retained the water and money stuffed in shoes as payment. I don’t think he was over impressed with much of modern football, but there were parts of the game that followed his minutes applause that he would have liked.

Crook have made a decent start to life in Division One and sit just outside the leading group. They have recently lost the pacy Corey Nicholson to West Auckland and the bright lights of their new club house and have replaced him with Tafari Nicholas, who had a couple of games for Shildon two years ago and was recently spotted playing in the Wensleydale Creamery League.

Billingham’s season has been a struggle and they are in the bottom three although they are by no means lost off. They had been outclassed at West Auckland on Friday night, but came into this game far better equipped than they had been at Darlington Road.

Not that you would have noticed it for the first quarter of the game as Crook threatened to run riot. David Myers beat Billingham Michael Roxburgh keeper to David Webb’s cross to put them ahead and when Nicholas slid in a second three minutes later after good work by the highly rated James Tumilty, the crowd (a very decent 345) sat back and waited for the goal rush to continue.

That it didn’t was due to some negligent finishing by the home team and some resolute defending by the visitors and by half time it looked as if we still had a competitive game to follow in the second half.

Whatever the Teessiders manager and coaches had said, it clearly worked. Within two minutes of the restart, a clumsy challenge led to referee Glenn Hart correctly awarding a penalty to Billingham and up stepped experienced forward Danny Earl to get his team back into the game. It didn’t happen as Ronan Makepeace in the Crook goal made an excellent safe. Earl shook his head in disappointment, but he made up for it ten minutes later when he fired home to et up a frantic last half hour.

Crook dug deep in defence, Billingham strained every sinew in attack but the equaliser would not come and a relieved home team trooped off at the end pleased to take three more points in their quest for respectability in Division One. Billingham can take some solace in the fact that they will probably play worse than this and win.

But really, the night belonged to the bygone days of the 1960s as the ghosts of Tony Butterfield, Ray Snowball. Jimmy McMillan and others paid their own tributes to Alan Brown – a fine footballer and a fine man who, in the words of Tony Butterfield, relayed by the admirable Vince Kirkup, “never, ever criticised a team mate.” Tributes don’t come much better than that. 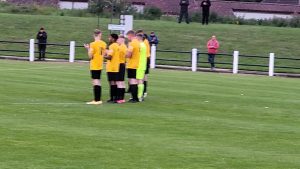 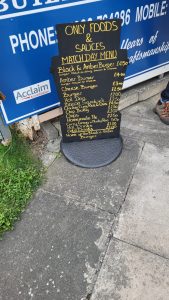 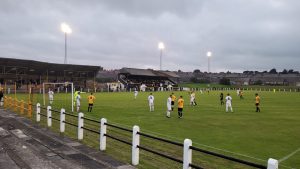 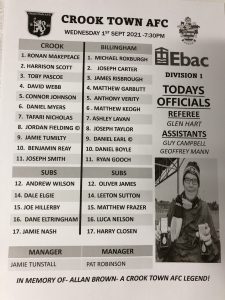